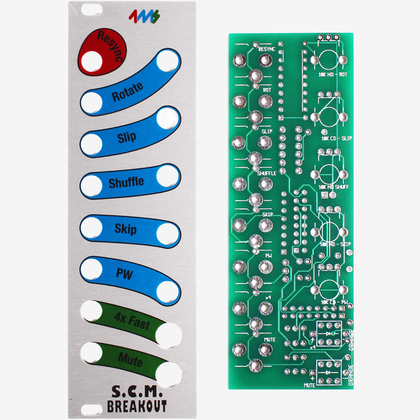 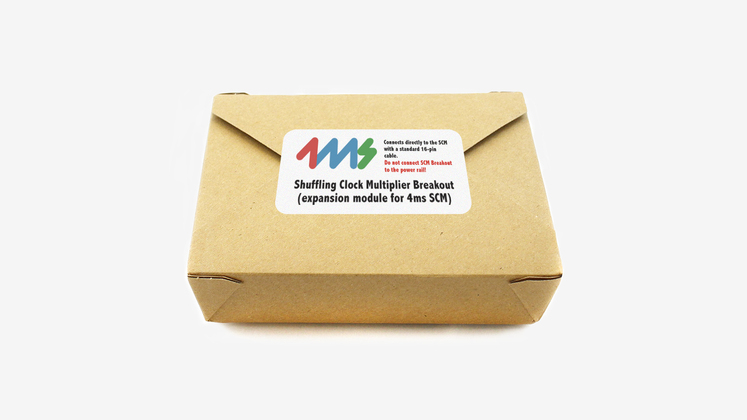 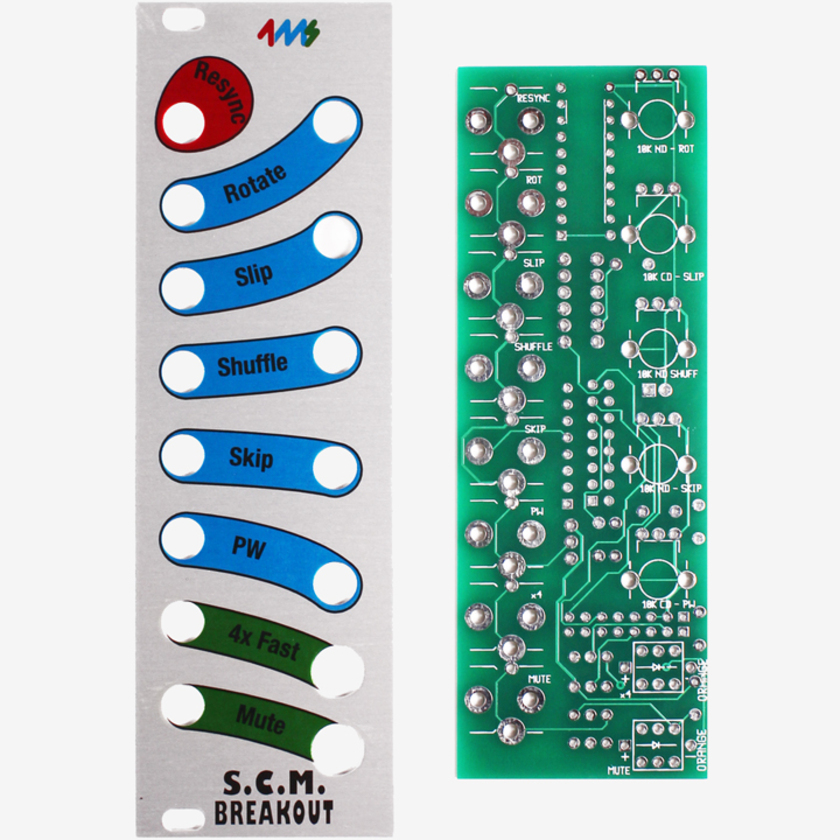 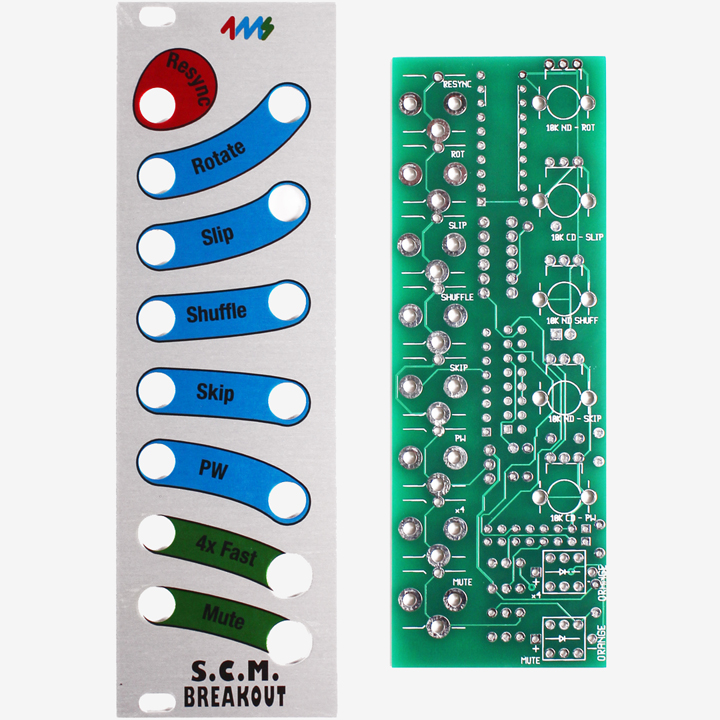 Build your own Shuffling Clock Multiplier Breakout, with the SCMBO kit.

The Do-it-yourself kit includes all the parts necessary to build a fully-featured SCMBO. This is a beginner-level kit, but you need some prior experience, and have basic hand tools (flush snips, needle-nose pliers, small screw driver).

The SCM Breakout is an add-on module for the Shuffling Clock Multiplier. It adds a host of new features for controlling shuffle/swing patterns (Slip, Shuffle, and Skip), as well as Pulse Width, Mute, and 4x Fast. Each feature has a CV jack and manual knob. The Mute and 4x Fast buttons act as inverters of the gate signal on their respective jack, and light up to indicate on/off status.

Included with the SCMBO kit: 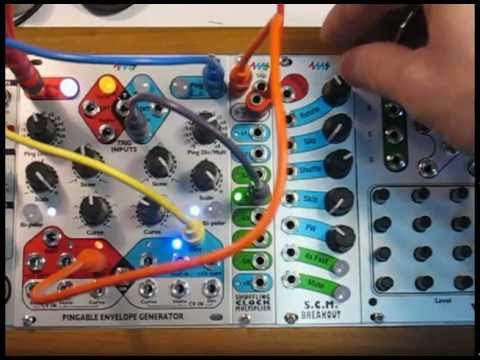 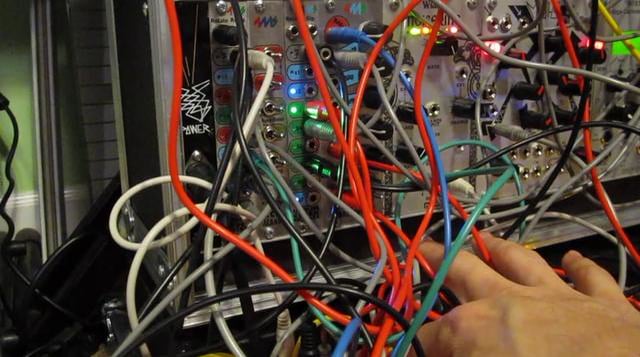 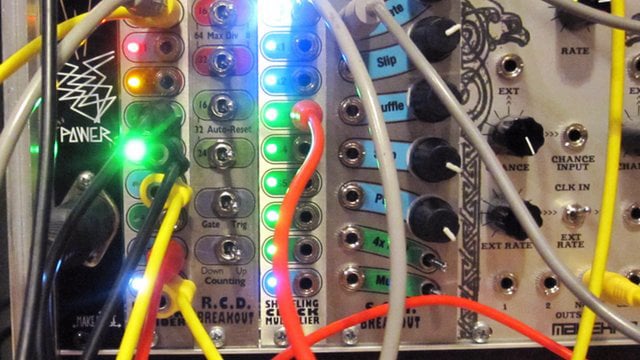 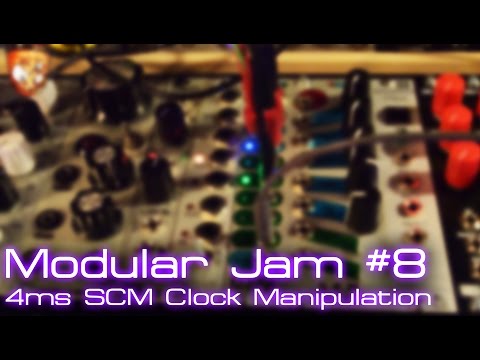 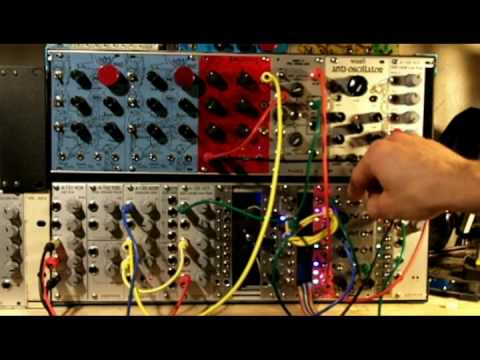 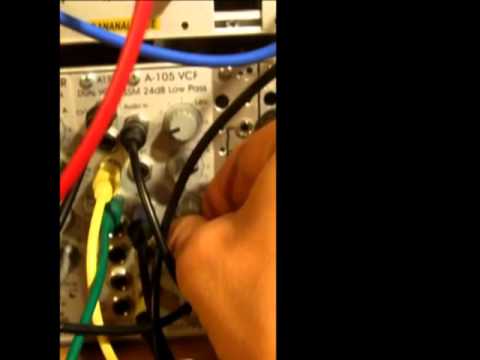 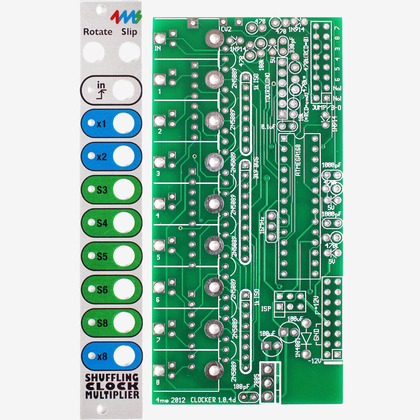